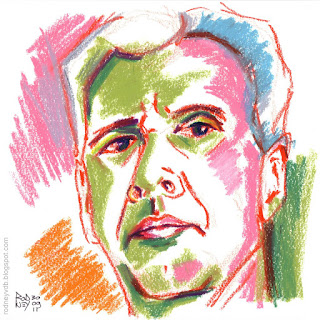 Interior with Purple Chair (in progress) 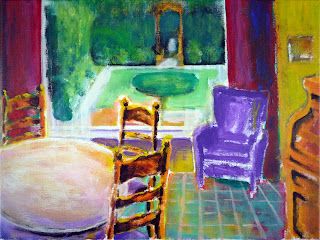 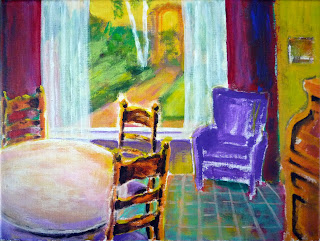 Last year, inspired by the many works of Bonnard I had just seen in an exhibition in Wuppertal, I did a quick ink pen and watercolour sketch A Toast to Bonnard with some aspects of his work in mind, particularly colour, perspective, an interior (table) scene and a cat making an appearance. Since then, I've been intending to do some paintings in his style, but never got around to it. Last week I finally took some time and started out with a rough sketch in acrylics. The interior (again based on my mother's dining room) has more or less taken it's final shape, but concerning the window/garden scene I'm still messing around with some ideas. First I added some rough garden features just to try out the basic effect of then adding white curtains. I rather liked the intimate effect they had on the room. Then I gave the garden a different set up, more or less with Max Liebermann's fantastic paintings of his garden in mind; I recently saw quite a few of them in an exhibition in Bonn and during a visit to the artist's former summer house on the Wannsee Lake near Berlin, now a museum (Liebermann-Villa am Wannsee). But to fit in with the rest I'll have to rework this again. So, still lots of work to do and decisions to make. I was rather pleased to read that Bonnard often took years to finish a painting, contemplating on choises and changes to make, even adding paint to images that had left his possession. With my holidays coming to an end and little spare time to spend on painting in the coming weeks, I think I'll just do the same for now.
Posted by Rodney van den Beemd at 19:22 6 comments:
Email ThisBlogThis!Share to TwitterShare to FacebookShare to Pinterest
Labels: Acrylic, Bonnard, Max Liebermann, Painting, Still life 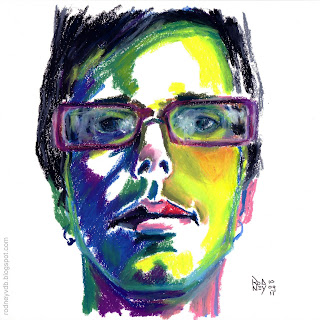 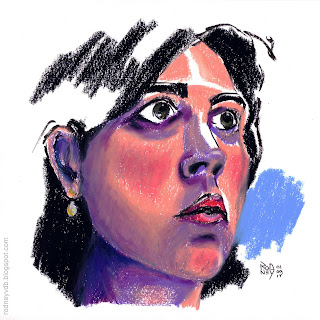